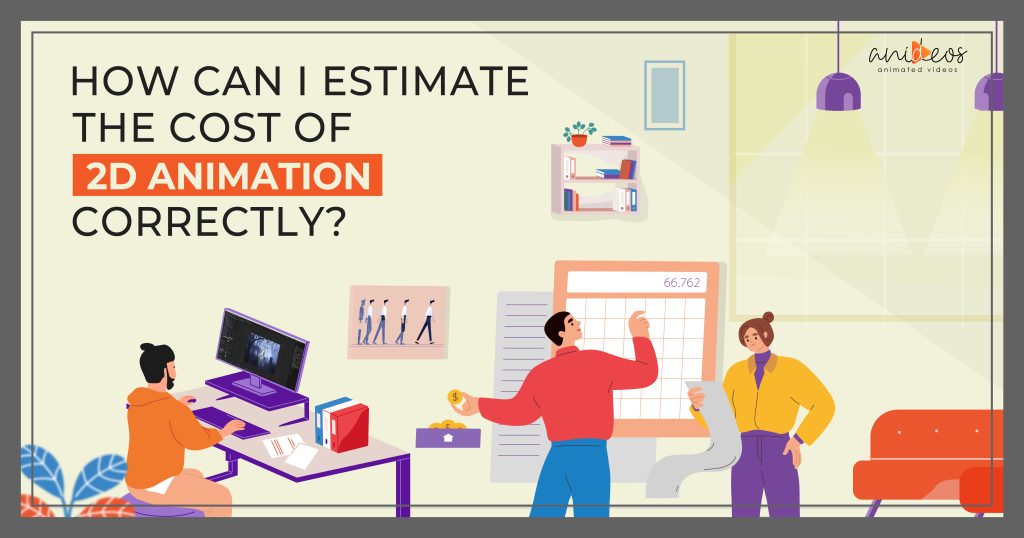 How Can I Estimate the Cost of 2D Animation Correctly?

Estimating the cost of 2D animation is no longer an alien concept. To know the 2D animation budget, all you have to do is calculate the price invested in each phase of the production process and you’re good to go.

If you made a random search on Google, you might have found out different numbers – $8,000, $10,000, $12,000, $14,000 and more. That’s because it’s almost impossible to pin the same price tag on each 2D animation project as it’s customized for businesses belonging to different industries.

So, how can you really estimate the 2D animation cost? This article will help you define your budget for it. We’ll cover the way to estimate the cost of 2D animation correctly, so you know what to expect at a certain price tag and even detect a video production house charging you extra for work that is below par.

When you hire a professional video production studio for 2D animation services, you’re usually signing up for a full-cycle production. The studio shoulders your responsibilities and takes care of everything from concept to the final cut. Having a rough idea of how much a particular stage of the production process requires is important since it helps you answer the burning question: how much does a 2D animation cost?

You can go through the following sections for a price breakdown of the entire 2D animation production process.

This stage of the process is aligned with your goals and expectations from the video. A professional video production house dives in for in-depth market research to understand you, your target audience, their pain points and anything else that might help them later.

Average cost: $300 per a minute-long script

One can’t overlook the power of a crisp script. In all honesty, it sets a foundation for the video and if written right, doesn’t let the viewer blink. Simplifying complex ideas, a well-written script brings about the desired action. The script basically communicates the message and even helps animators with visuals.

Storyboarding is an effort to be on the same page as you. It lets everyone visualize the final product; how all the frames will come together to tell a story. Concept artists get down to create rough sketches of the different scenes which are then pushed towards the reviewing cycle. This stage involves revisions to perfect each frame just as you like.

Average cost: $300 per a minute-long audio

This stage of the production process requires a professional voiceover artist who’s aware of the technicalities of clear pronunciation, enunciation, and more. It’s important to rely on seasoned artists to get the job done because a voiceover can easily ruin the whole experience for viewers. If you’re unsure how to go about it, it’s recommended to directly ask the hired production studio to deal with it. They usually have reliable resources as they know the ins and outs of the industry.

You need to know one thing: if you’re asking for more, you’re going to be charged more and nothing extraordinary comes cheap. There are uncountable stock music websites to add to your video but if you want to stand out, it’s better to opt for a custom soundtrack. Also, if you’ve invested a certain amount in your video then don’t hold back on a few dollars. At the end of the day, quality matters

This phase of the production process is where the animators bring movements to the characters and sync them with the voiceover. It pulls everything together and is quite a defining stage. If you don’t want to be disappointed by the end result, it’s best to hire only professional video production houses who know what they’re doing.

Geographical location is a defining factor for 2D animation prices. You will come across different 2D animation rates in America and Europe. However, if we compare the three in terms of quality and rates, then US video production houses are recommended.

What is the average 2D animation cost in America?

If you’re considering hiring an American video production house for 2D animation, then the estimated cost would be around $8,000 to $50,000 per minute-long video.

What is the average 2D animation cost in Europe?

If you’re considering hiring a European video production house for 2D animation, then the hourly rate would range from $25 to $100.

You might think we’re being biased by sharing animation rates of studios only. The truth is you can hire a 2D animator quite easily. On average, hiring a 2D animator starts from $15/hour. However, different freelancing platforms have their own prices-ranging between $30 and $60. The prices depend on the technical expertise, location, project timelines, years of experience, and creative capabilities of the 2D animator.

At first glance, it might seem you’re saving but that’s not the case. With freelancers, you’ll have to find one (or many) for particular stages of the production process. By the end, you might find yourself investing way more than with a video production house and the bitter truth? There’s no quality assurance.

2D animation studios come with formal guarantees and have extensive experience backing them up. They take up projects from scratch which results in a refined final product. That’s why we would suggest you opt for a studio.

How Much Do a 60 Seconds 2D Animation Cost?

Typically, the 2D animation price per minute can range between $8,000 to $50,000. This is the budget you should definitely have in mind while looking for a great-quality 2D explainer. Of course, there will be way better and cheaper options but you need to strategically see what aligns with your goals and doesn’t break your budget either.

Similarly, a 30-second 2D animation costs around $2000 – $4500. To name a few, this price range is dependent on your project complexity and the number of revisions you request.

We don’t know if this consoles you but 2D animation is actually the cheaper option if compared with 3D animation. A lot of people think that 3D animation breaks their budget and they are right about it. If you’re wondering why exactly does 3D breaks budgets, head here.

Hopefully, this space catered to the burning question marks in your head regarding 2D animation costs and how to estimate the production costs yourself. If there’s more you need clarity with, directly contact us. We’re always happy to help! 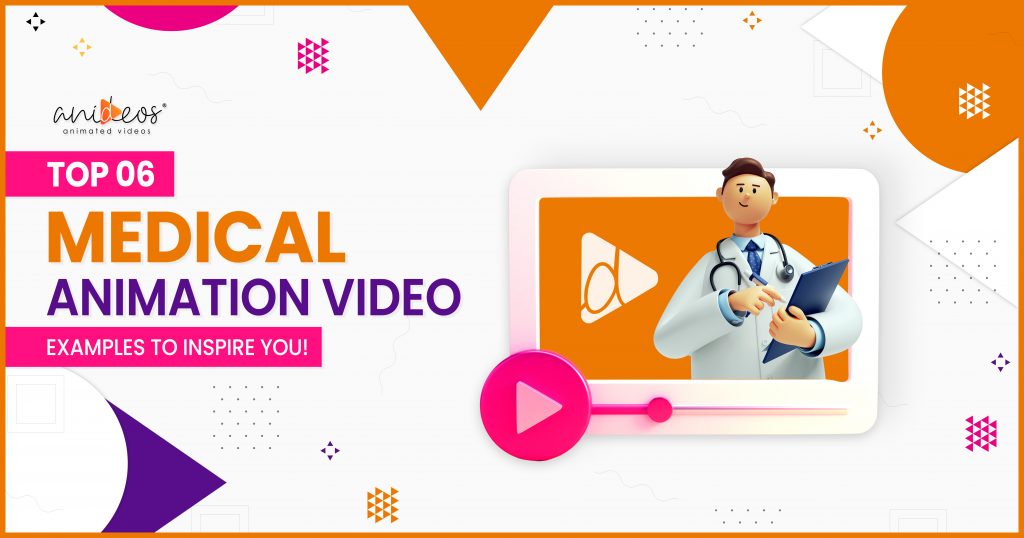 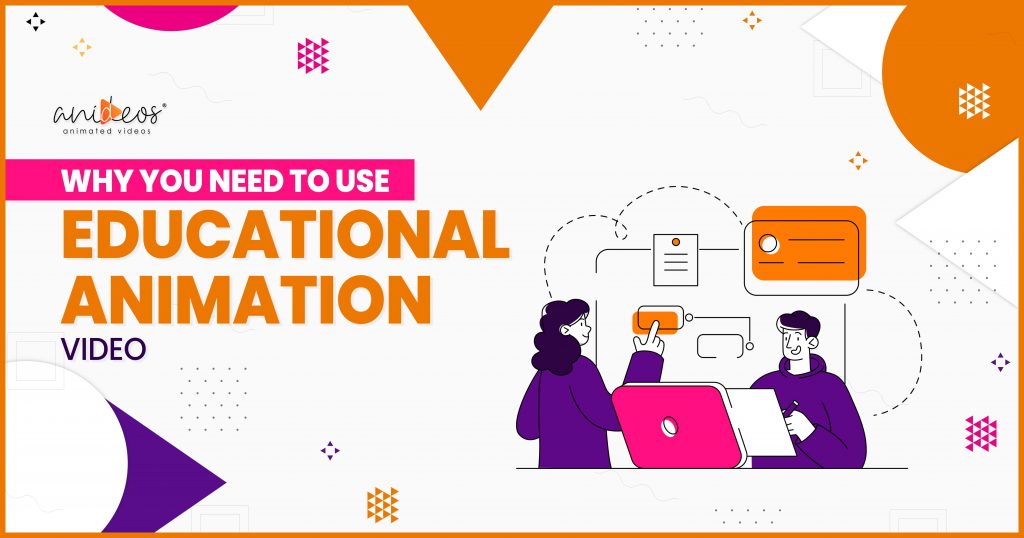 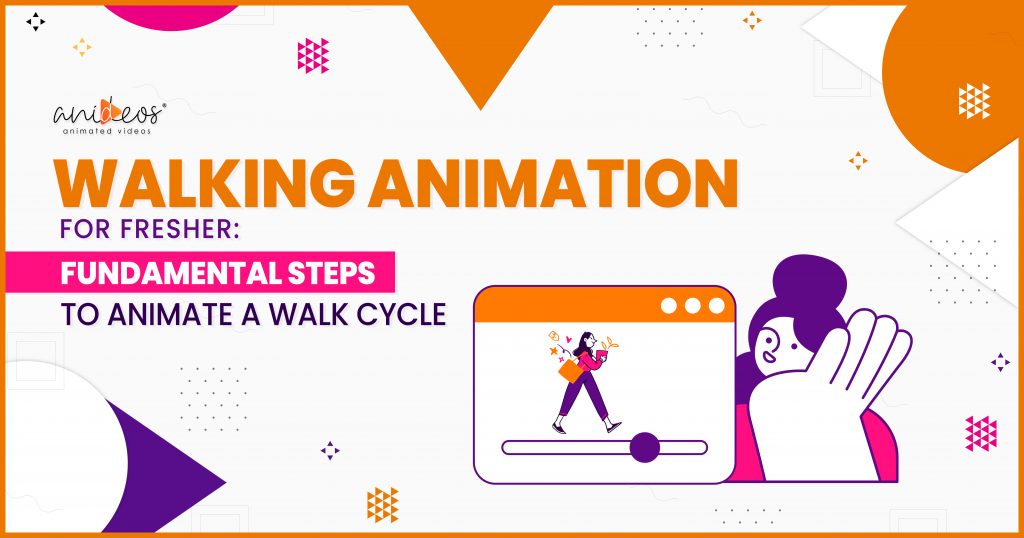